In the last two years, the subject of tax schemes, which was so much commented upon immediately after the implementation of the amendments to the tax ordinance that concerned them, has lost a lot of its dynamics. However, this may soon change, due to the incompatibility of the provisions on tax scheme reporting with the constitution, which was ruled by the Constitutional Tribunal in Belgium. The French also signal similar doubts. Reservations, concerning inter alia the disclosure of professional secrecy when reporting MDRs, were also reported to the Polish Constitutional Tribunal.

The Act of March 2, 2020 introducing the so-called the anti-crisis shield in connection with the COVID-19 epidemic suspended the obligation to report cross-border tax schemes until June 30, 2020, and in the case of domestic tax schemes, it established the principle that the obligation to report them is suspended from March 31, 2020 to the 30th day after the date of recall the state of the epidemic and the state of the epidemic threat declared in connection with COVID-19. The state of epidemic threat has just been extended once again by the regulation of the Council of Ministers of October 31, 2022 to December 31, 2022. Therefore, the still partial suspension of the MDR reporting obligation meant that tax schemes ceased to be a “hot topic”. However, this factual state may change soon.

Doubts of Belgians and French

A few weeks ago, the Belgian Constitutional Tribunal ruled that the national provisions implementing the EU Directive 2018/822 (the so-called DAC6 Directive) on tax scheme reporting are inconsistent with the Belgian constitution – to the extent that professional representatives performing professions of public trust (lawyers, legal advisers , tax advisers), are required to provide tax authorities with information on tax schemes, regardless of their professional secrecy. On September 15, 2022, the Belgian Constitutional Tribunal issued a judgment (103/2022) in which it stated that this type of statutory exemption from corporate professional secrecy violates the principles set out in the Belgian constitution.

The doubts of the Belgian Constitutional Tribunal did not stop there. In a reference for a preliminary ruling addressed to the CJEU, he challenged, inter alia, the validity of reporting under the DAC6 directive any other tax schemes apart from those related to CIT.

Regardless of the actions taken by courts of other European countries on the basis of examining the compliance of national MDR regulations with the EU ones, it is worth mentioning that in 2020 the Polish Constitutional Tribunal received an application from the National Chamber of Tax Advisors (NCTA) to review the compliance with the Constitution of the provisions of the tax ordinance, which allow clients to release tax advisors from professional secrecy when they act as promoters in reporting tax schemes.

Already in December 2020, Belgian Constitutional Tribunal also referred to the CJEU a question for a preliminary ruling, in which it asked for a ruling on compliance with the EU Charter of Fundamental Rights of regulations providing for professional attorneys invoking professional secrecy to inform another intermediary about the need to notify a tax scheme. Admittedly, the CJEU has not yet issued a judgement in this case. On April 5, 2022, the opinion of the Advocate General appeared, in which he does not share the doubts raised by the questioner (the case was given the reference number C-694/20). Similar doubts were raised by the French Council of State in its question of June 25, 2021 to the CJEU (a court comparable to the Polish Supreme Administrative Court).

The CJEU’s answers to the above questions may re-heat the topic of MDR reporting, especially in the case when the issued judgments considered the presented doubts to be justified.

Regardless of the actions taken by the courts of other European countries on the basis of examining the compliance of national laws on MDRs with the EU regulations, it is worth mentioning similar actions from our home yard. At the beginning of 2020, the Polish Constitutional Tribunal received an application from the NCTA to review the compliance with the Polish Constitution of those provisions of the tax ordinance, which allow clients to release tax advisors from professional secrecy when they act as promoters in reporting tax schemes.

In its question, NCTA drew attention to the rule binding in the Polish legal system, according to which a professional representative (a person practicing a profession of public trust) may be released from professional secrecy only by a court. Meanwhile, the provisions of the tax ordinance create the possibility of any extrajudicial release from this secrecy by entities participating in economic transactions. One of the basic problems identified by NCTA in its application addressed to the Constitutional Tribunal was the lack of a precise definition of the premises and procedure for extrajudicial exempting tax advisers from professional secrecy. The provisions of the tax ordinance do not explain the manner in which a professional representative should obtain information about the tax scheme from his client, nor do they specify the degree of details of this information. Such a situation creates a risk of including incomplete or inconsistent data in the report. This may, in turn, expose the professional attorney to fiscal criminal liability.

An additional element pointed out by NCTA was the systemic inconsistency of the existing regulations with the justification for the purpose of their introduction into the legal system. As it follows from the content of the Tax Clarifications of January 31, 2019 published by the Ministry of Finance to the national regulations on tax schemes, “the purpose of the MDR provisions is to provide the tax administration with information that will be used by tax authorities to improve the quality of the tax system”. If the mode and scope of information obtained from clients by professional representatives about tax schemes is not specified, this goal may appear difficult to achieve.

During this period of apparent calm when commenting on MDR-related issues, taxpayers should therefore remain vigilant. Subsequent decisions – both by the CJEU and our national Constitutional Tribunal – may contribute to redesigning the current reporting method by introducing significant limitations to it, and certainly the necessary clarifications. 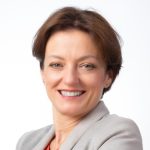