Most of the provisions of the so-called developer act entered into force as of July 1, 2022. The main objective of the new regulations is to increase the protection of buyers of residential premises or houses from the primary market. The Act imposes on developers the obligation to provide the buyer with a wider range of information about the real property, as well as the presumption of defects recognition in the premises or a house. The new regulations also impose on developers the obligation to pay contributions to a special guarantee fund.

The so-called developer act, i.e. the Act on the protection of the rights of the buyer of a residential unit and a single-family house and on the Developer Guarantee Fund, was adopted on 20 May 2021 (the “Act”), while to a large extent its provisions entered into force on 1 July this year.

The provisions of the Act apply to any contract concluded by the developer with the buyer of a residential unit or a single-family house. This also applies to contracts that will be concluded after the completion of construction, because in practice developer agreements apply until a decision on the use permit for the investment is obtained.

The new regulations mainly refer to developers, although the Act also contains significant changes for banks and other entities involved in the development process. Residential investments, the sale of which will begin after July 1, 2022, must be carried out in accordance with the provisions contained in the new Act. Projects that were started before that date (it is enough for at least one unit to be sold before July 1, 2022) will be able to be implemented on the basis of the existing regulations for the following two years, but developers will be obliged to take into account selected provisions of the Act also for investments in progress.

The main objective of the Act is to increase the protection of buyers of residential premises or houses from the primary market. The new regulations are also intended to protect buyers from the total loss of funds accumulated on residential trust accounts. Currently, this risk applies primarily to open residential trust accounts, secured by insurance or a bank guarantee. Developers most often use open accounts, which results in the fact that in the event of the developer’s bankruptcy, buyers may lose funds that have been deposited into such an account. Therefore, the Act imposes on banks a greater scope of obligations and responsibility for the proper settlement of investments and the payment of funds to developers.

Undoubtedly, the provisions of the Act should contribute to increasing the security of transactions for the purchase of new premises and houses, and thus to expanding the protection of buyers. However, the additional costs of conducting the investment will be largely transferred onto buyers.

Under the Act, the so-called Developer Guarantee Fund was also created, to which developers will be obliged to pay contributions of up to 1% of the gross value of a residential unit or house (in a situation where payments are made to an open residential trust account) and 0.1% (in a situation where payments towards the purchase price of the premises or house are made to a closed residential trust account). The developer is obliged to pay the contribution after each payment received from the sale of an apartment or house.

In accordance with the provisions of the Act, the responsibility for settling the developer’s contributions rests with the banks. In practice, this means that the bank will be obliged to create an additional account that will be used to settle contributions. The payment of the last tranche will be made only when the bank verifies all contracts or notarial deeds regarding a given investment. Banks will also be obliged to collect and provide additional information regarding investments and contributions that should be credited to the Developer Guarantee Fund. In the event of non-payment of the premium or the appearance of errors, the bank will have to stop financing the investment.

The Act also imposes on the developer the obligation to provide the buyer with a wider range of information than has been required so far. Developers are obliged, among others, to provide information about the decision on the occupancy permit, the certificate of independence of the premises and the establishment of separate ownership of the premises. The developer is also obliged to deliver the prospectus free of charge, even if the potential purchaser has not requested that it be provided.

The Act also contains a catalogue of new information and data to be included in the prospectus. These refer to, among others: the date of validation of the decision on the occupancy permit or completion of construction, the area of the apartment or a house, their price and the guarantee limit in the event of bankruptcy of the bank maintaining the trust account.

Rights in the event of defects

If defects are recognized, the developer has (with a few exceptions) 30 days to remove them, counting from the date of signing the technical acceptance protocol. If he does not remove the defects within the above period or indicate a new deadline for their removal, the buyer may remove such defects and then may reimburse such costs from the developer.

In addition, if it is found that there are significant defects in relation to the apartment or a house, the buyer has the right to refuse acceptance such premises and may even withdraw from the contract concluded.

Undoubtedly, the provisions of the Act should contribute to increasing the security of transactions for the purchase of new premises and houses, and thus to expanding the protection of buyers. However, due to the imposition of additional costs on developers (primarily the obligation to pay contributions to the Developer’s Guarantee Fund), or the need to ensure verification of payment of contributions by banks, and thus wider control of the settlement of the development process, the investment costs will be largely transferred to buyers. Therefore, it can be expected that the recently applicable regulations will contribute to further increases in the prices of new residential apartments and single-family houses. 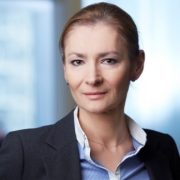