Minimum wage and Social Security contributions in 2023. By how much will they increase?

We may find out the government’s proposal for the minimum wage in 2023 as early as June. Its significant increase is inevitable next year. The same is true of Social Security contributions, the amount of which is in turn derived from the value of the average remuneration. What the final scale of the increases will be will depend primarily on the accuracy of the Council of Ministers’ forecasts, as well as the actions it takes, which will either contribute to further increase in inflation or its gradual deceleration.

The Minister of Family and Social Policy Marlena Maląg, has announced plans to increase the amount of the minimum wage twice in 2023. Currently, the minimum wage is PLN 3010 gross, and would increase twice in 2023 – from 1 January 2023 to PLN 3350 gross and then from 1 July 2023 to PLN 3500 gross. The necessity of the two-fold valorisation results from the requirements of the Minimum Wage Act, according to which, if the price index projected for the next year is higher by at least 5%, the minimum wage in the following year is changed twice, just in January and July.

The final proposal for the minimum wage applicable in 2023 should be presented by the Council of Ministers to the Social Dialogue Council by 15 January 2022. However, it is worth emphasizing that in the absence of  agreement between government and the social side, the obligation to set the minimum wage rests with The Council of Ministers, which determines it in the form of a regulation (as happened last year).

The Ministry of Finance has also announced changes to the average salary. As recently reported by the Central Statistical Office, in the first quarter of 2022, the so called national  average in the enterprise sector excluding profit-sharing awards, was PLN 6338,35. According to government’s projections, in 2023 this amount will increase to PLN 6839.

It is worth emphasising, that the change in the of average monthly salary announced by the Central Statistical Office has an impact on the amount of the social security contributions. Their assessment basis is 60% of the projected average monthly salary, which in the case of the data in question would translate into an amount of PLN 4103,40 (60% of PLN 6839).

The final proposal for the minimum wage applicable in 2023 should be presented by the Council of Ministers to the Social Dialogue Council by 15 January 2022. However, it is worth emphasizing that in the absence of  agreement between government and the social side, the obligation to set the minimum wage rests with The Council of Ministers, which determines it in the form of a regulation.

It is also worth recalling that, as of 2022, the manner of determining for the health contribution assessment has been modified. Currently, for persons conducting business activity taxed according to the tax scale or the so called flat tax, the basis for the health contribution is the income calculated as the difference between the income obtained from the beginning of the year and the costs of obtaining income incurred in that period (less the social insurance contributions paid gor that period).

For entrepreneurs taxed on a flat tax, the health contribution amounts to 4.9% of the assessment base, while for taxpayers taxed according to the tax scale – 9% of the assessment base. As a side note, it is worth recalling that as of July 2022, so-called flat-rate taxpayers will be able to reduce their taxable income by the amount of the health contribution paid up to PLN 8,700 (annual limit). However, such an entitlement will not be available to taxpayers on the tax scale.

As can be seen, the burden of Social Security contributions is expected to increase significantly in 2023. They may turn out to be higher than the values presented above if the actual increase in average remuneration is more impressive than the forecast presented. In particular, this may happen if galloping inflation does not slow down, which will also translate into higher prices and the need to increase the level of salaries – including those set by law. 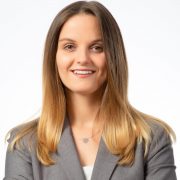