Use of private vehicles for business purposes. New mileage rates.

Through an amendment to the regulation for which the Ministry of Infrastructure is responsible, the mileage amount to which employees who use private vehicles for business purposes are entitled will change. Consequently, the monthly lump sum limits for such employees will also be updated. For most drivers, however, the amounts proposed in the draft will not compensate for rising operating costs. The regulation also does not regulate the reimbursement of employees for the use of, among other things, private electric cars.

In response to the rapidly rising costs of vehicle operation, caused mainly by rising fuel prices, a draft regulation of the Minister of Infrastructure on the use of passenger cars, motorcycles and mopeds not owned by the employer for the purpose of an employee’s business activities was published on the Government Legislation Center’s website on October 11, 2022.

According to the draft, the costs of using vehicles for business purposes shall be paid by the employer at rates per kilometer of vehicle mileage, which may not be higher than:

1.for a passenger car:

On the one hand, the planned changes should be viewed positively, as the current rates have not been changed since 2007. On the other hand, it should be noted that 15 years ago fuel prices were PLN 4.20 (gasoline) and PLN 3.74 (diesel). Currently, they are around – respectively – PLN 6.90 (+64%) and PLN 8.00 (+113%). Meanwhile, thanks to the regulation under discussion, the increase in mileage for the most popular means of transportation used by employees, i.e. passenger cars with an engine capacity of more than 900 cc, is to be only 24%. Higher increases are envisaged for far less frequently used vehicle categories – passenger cars with engine capacity up to 0.9 liters (+71%), motorcycles (+199%) and mopeds (+204%).

On the one hand, the changes should be viewed positively. On the other hand, it should be noted that since 2007, the increase in fuel prices has been much greater than the planned mileage increase for the most popular mode of transportation used by employees, namely passenger cars with an engine capacity of more than 900 cc.

Depending on the size of the municipality – and the mileage limit set for it – the new monthly lump sums will be as follows (current amounts are shown in parentheses):

What about electric cars?

However, the draft regulation does not address the issue of electric cars, which has so far raised many interpretive doubts. For example, in individual tax ruling from 17 November 2021 (ref. 0114-KDIP3-2.4011.437.2021.1.MT), the authority held that since electric cars were not mentioned explicitly in the regulation, the limits indicated therein should not be applied to them, and that the expenses reimbursed to the employee constitute his income from the employment relationship, which is nevertheless exempt from taxation.

However, we can expect the above issue to be regulated, as on August 8, 2022, a draft law on amendments to the Law on Road Transportation appeared in the list of legislative and program work of the Council of Ministers. The description indicates that one of the draft amendments aims to introduce the possibility of reimbursing employees for the use for business purposes of private cars with electric or hybrid propulsion, but also those powered by hydrogen or powered by other alternative energy sources. 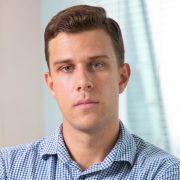