Interest rates and interest. A system of interconnected vessels

The Monetary Policy Council has once again raised NBP interest rates. Although economists had expected a larger increase, this does not change the fact that interest rates have already been raised 10 times since October 2021, resulting in an increase not only in mortgage payments, but also in interest rates that are important from the perspective of taxpayers – tax, statutory and maximum interest, which translates into a higher – compared to last year already twice – value of interest for tax liabilities that have not been paid within the statutory deadlines.

By a decision dated July 7, 2022. The Monetary Policy Council of the National Bank of Poland raised NBP interest rates by another 50 basis points. This is the tenth rate hike since October 2021. The consequence of these decisions is not only an increase in mortgage installments. This is because the level of interest rates also affects tax, statutory and maximum interest rates. In simple terms, this means that taxpayers will pay higher interest rates on the resulting tax arrears and other debts. Their amount – compared to the previous year – is already double.

After the MPC’s recent increases, the NBP’s reference rate is 6.50%, while the other NBP interest rates are respectively:

It is worth noting here that the amount of interest charged is mainly influenced by the reference rate and the Lombard rate.

The amount of tax interest is regulated by Article 56 §1 of the Tax Ordinance, according to which the rate of interest on late payment is equal to the sum of 200% of the base lombard loan rate, determined in accordance with the regulations of the National Bank of Poland, and 2% – except that the rate cannot be lower than 8%.

From January 1, 2016 until February 8, 2022, the tax interest rate was kept at the lowest level, 8%. However, due to Poland’s rapidly rising inflation, the NBP MPC raised the lombard rate by 0.25 percentage points, as a result of which the interest rate rose to 8.5% as early as February, and currently stands at 16%.

The next interest rate change is likely to come as early as September. According to many experts, in order to limit the scale of the weakening of the zloty and its pro-inflationary impact, the MPC will tighten monetary policy more strongly. As a result, interest rates are expected to rise by 50 bps or 75 bps in September and by another 50 bps in October, which should translate into the reference rate reaching as high as 7.75% in Q4 2022.

The statements below show an example of the value of principal and default interest on a claim after each of the increases in reference rates. The example assumes that the value of the claim is 100,000 PLN. It was paid 14 days after the specified due date of the claim.

As can be seen from the above summaries, the increase in reference rates has resulted in an increase of 201.37 PLN in the amount of capital and late interest on claims compared to the amount before the first increases in October 2021, which is already more than double.

It should be pointed out that the increase in statutory interest also has an impact on the increase in maximum interest, since it is double the former, as a result of which, for the above examples, the increase in the sum of interest (maximum) to be paid will be 402.74 PLN.

Should further increases be expected?

Many analysts expected that the rate hikes announced in July would be larger, but at the same time that this would be the last rate adjustment in the near term. In the end, a change of only 50 bps was decided, but – as announced by the Monetary Policy Council – further rate hikes should be expected. The nearest change in their level will probably take place as early as September. According to many experts, in order to limit the scale of the weakening of the zloty and its pro-inflationary impact, the MPC will tighten monetary policy more strongly. As a result, interest rates are expected to rise by 50 bps or 75 bps in September and by another 50 bps in October, which should translate into the reference rate reaching as high as 7.75% in Q4 2022.

A natural consequence of increases in the reference rate will be an increase in other interest rates, including those that form the basis for calculating tax, statutory and maximum interest rates. The following table shows variants of potential interest rates after further increases applied by the NBP MPC.

If forecasts of future interest rate hikes come true, this will mean more than double the amount for taxpayers compared to the amount of such interest before the October 2021 rate hikes. 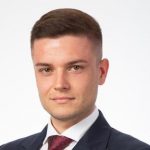